The show features in the Gazette 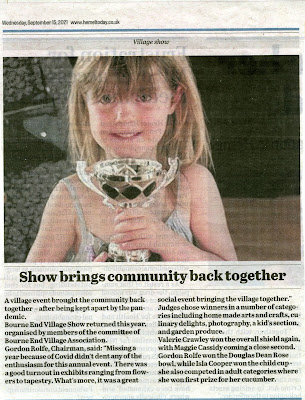 A bit of positive publicity for Bourne End again. I sent them several photos, but obviously nobody else was quite so photogenic! (They also forgot that they had recently reported on our party)
Post a Comment
Read more

September 08, 2021
Gordon Rolfe, BEVA’s Chairman, has received a briefing note from Hertfordshire County Council regarding the Afghan refugees staying at the Watermill.   The document is reproduced in full below. Please note that they want us to stay away for about a month in order to allow these refugees some breathing space for their health and adjustment from the trauma they have experienced. Briefing Note – Afghan Migration and Refugees Resettlement Hotels Status Update 2 September 2021 Current numbers in the resettlement hotels* Hotel Number in hotel Hertsmere 1 39 Hertsmere 2 146 Dacorum 1 153   *these numbers can change daily and therefore only provide a snapshot in time. They are also based, in part, on those that the British Red Cross have registered Latest housing offers from Districts & Boroughs District/Borough Housing offer (by family) Dacorum B
Post a Comment
Read more 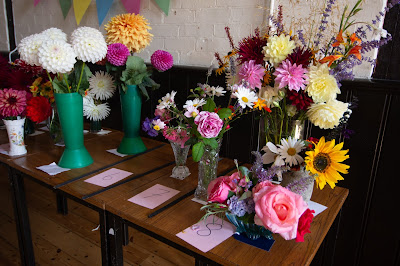 Bourne End Village Show This has been updated as the winner of the child cup was shown as Isla Parker where it should have read Isla Cooper. Our apologies.   The annual village show was back in strength this year to the delight of the judges who commented that so many community shows are disappearing.   Valerie Crawley again won the overall shield, with Maggie Cassidy coming a close second. Both had 16 different awards which is a strategy for overall success. The more you enter, the more you may win! We should all remember this next year.   Gordon Rolfe won the Douglas Dean Rose bowl, while Isla Cooper won the child cup (competing in adult categories where she won first prize for her cucumber)   Cream teas and Prosecco rounded off the day.
Post a Comment
Read more

September 05, 2021
Don't forget, it's the Village Show today. Bring your exhibits to the Village Hall between 12 and 1.30. Viewing, prizes, tea, and a bar from 3.30 onwards. All welcome!
Post a Comment
Read more
August 20, 2021
Bulbourne Cross Development On Thursday evening a small group of Bourne End residents attended a meeting held by Berkhamsted Football Club in Berkhamsted Town Hall.   The meeting was to rally support to oppose the proposal to move Berkhamsted Football Club to Bourne End. There would of course be huge implications for us if this move was allowed. It is an integral part of the Bulbourne Cross development which hopefully we all know about. While Bourne End was clearly not the focus of the meeting, we were able to make our position clear, and our viewpoint was taken on board as yet more evidence that the scheme should not go ahead. The meeting was chaired by Gagan Mohindra, our MP, who made the important point that as with any planning matter, individuals making their voices heard by writing to the council are a powerful influence. We shouldn’t panic, at this stage the developers are trying to get Bulbourne Cross on the list of plans future developments. At the same time, once th
Post a Comment
Read more

Bourne End in the news 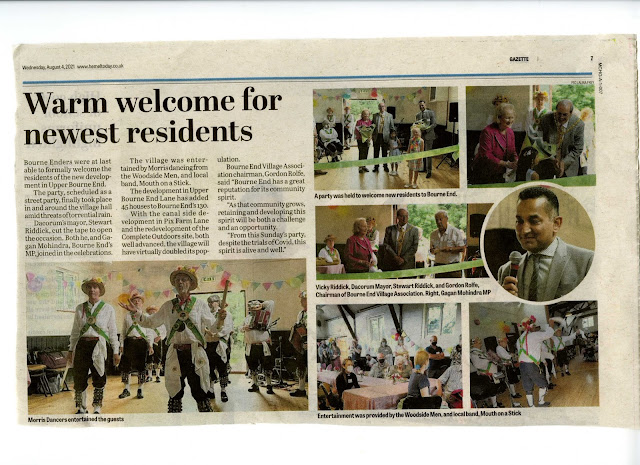 The following article appeared in this week's Gazette. Let's hope this is the start of getting back to normal!
Post a Comment
Read more

Pictures and videos from the Street party 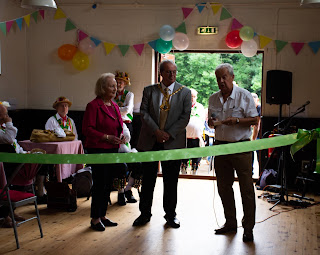