Showing posts from November, 2016
Show All

Smarten up our village

November 30, 2016
This coming Saturday (3rd December) it's one of our regular litter picks.  Just a couple of hours always make  a big difference.  Meet in the Anchor car park at 10.00.  It promises not to be so cold by then ..... Hope to see you there!
Post a Comment
Read more

The latest Bourne Ender ... see it on line first!

You should be getting the latest Bourne Ender in hard copy over the next few days.  But here it is for you to peruse ahead of the crowd.  Reading it on line also means you get all the photos in full glorious technicolor.
Post a Comment
Read more 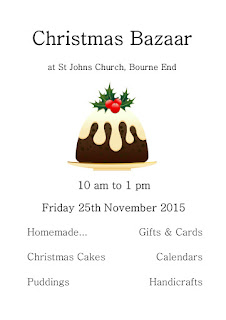 November 11, 2016
CHAIRMAN’S REPORT -  OCTOBER 2016 The AGM was well attended and, aided by the wine and cheese, turned out to be an enjoyable social occasion.  A new committe was elected.  Once details have been finalised they will be posted on the blog and circulated in the forthcoming Bourne Ender.     Chairman's Report As Chairman, I wish to thank the Committee for all their hard work through the year, and I would also like to thank my wife, Jean, for all the secretarial work she has done this year, Mike Pritchard for keeping the Accounts and Planning Sub-Committee in order and John Mawer for all his work in producing the Bourne Ender and flyer, as well as his work in the planning team. The year started with the  Remembrance Service last November and our thanks go to Jenny at The Anchor for sustenance after the event.  This was followed by two nights of carol singing in December, which raised £348.96 rounded up to £400, and was shared between DENS and the Iain Rennie Hospice G
Post a Comment
Read more
More posts