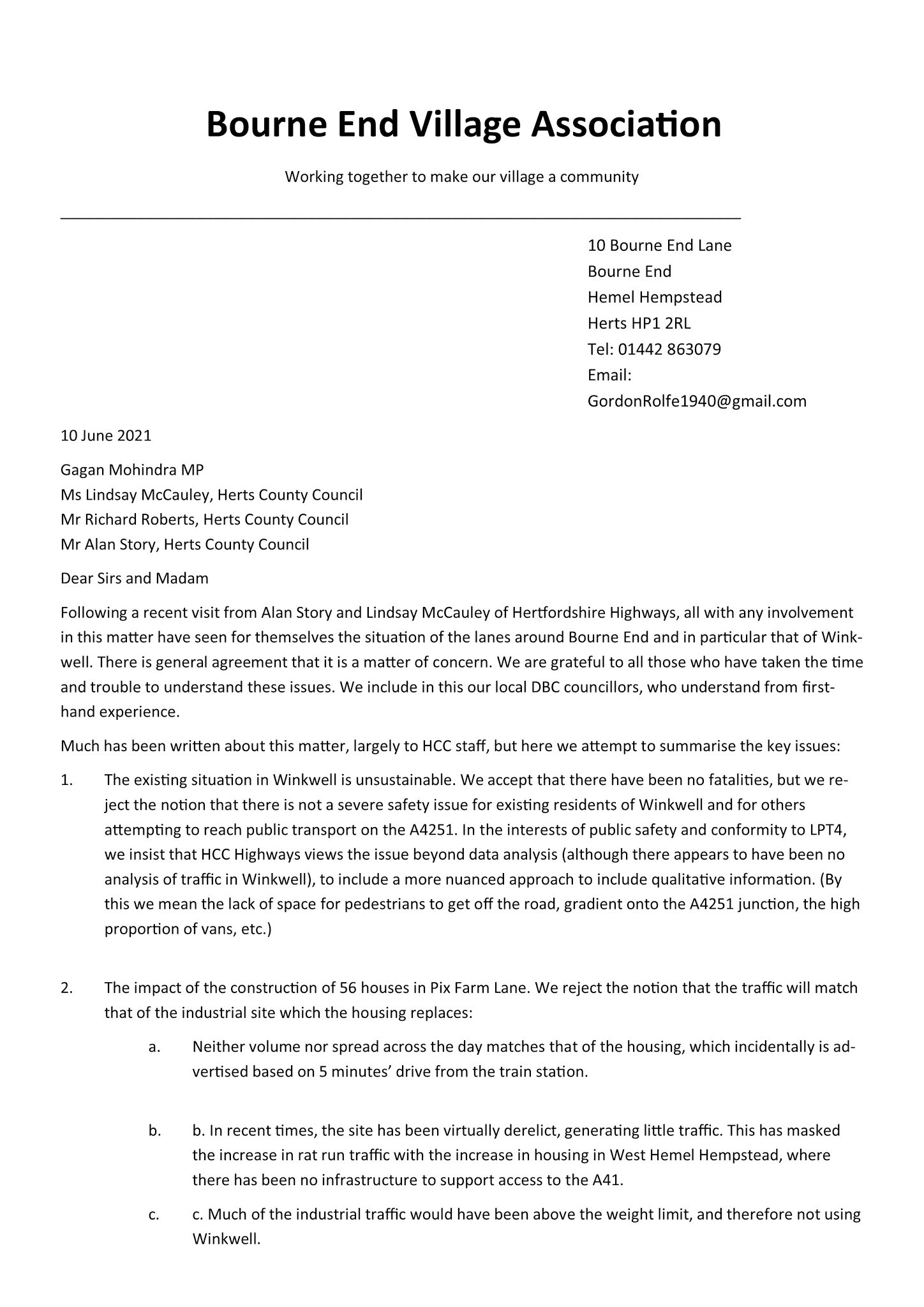 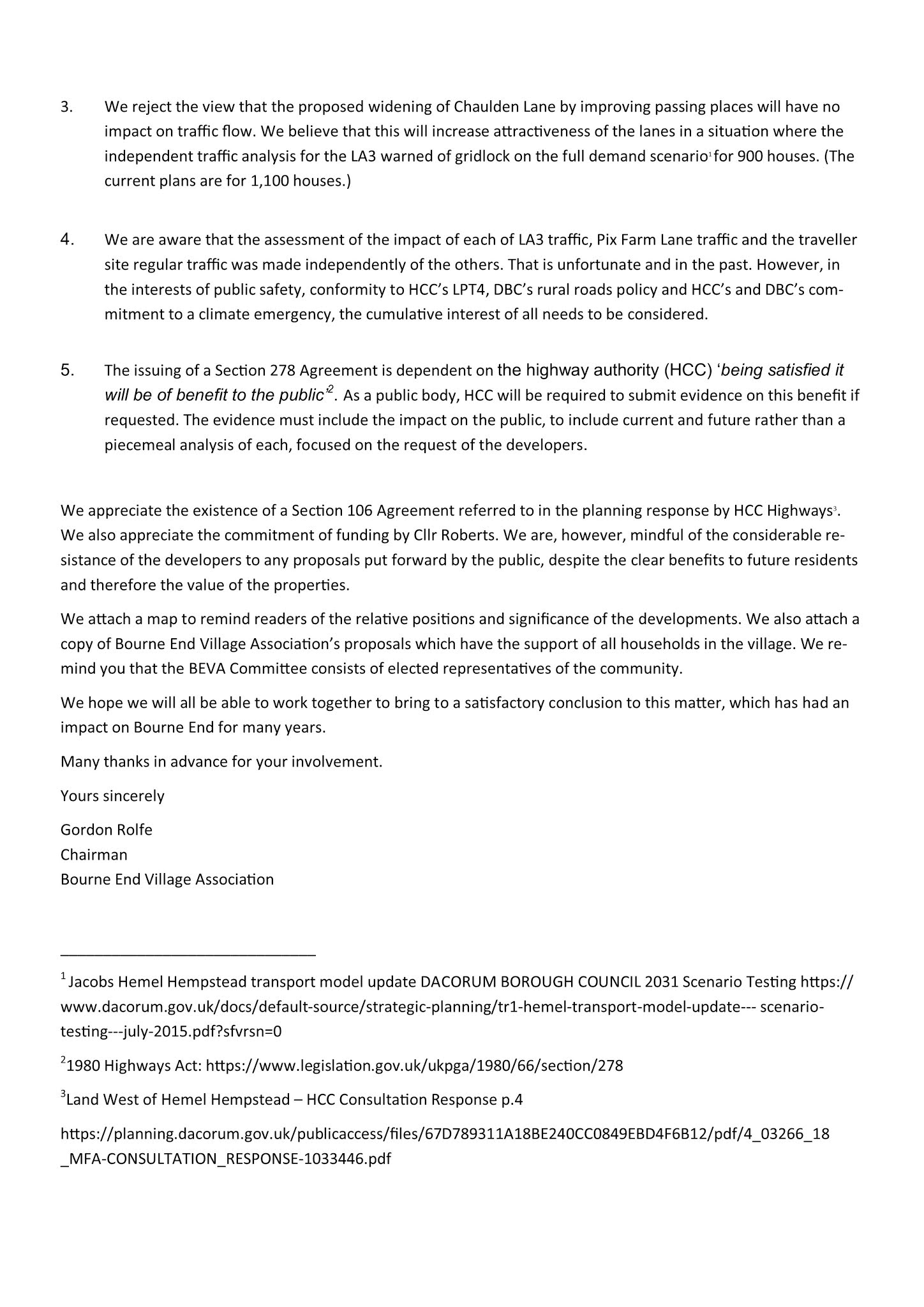 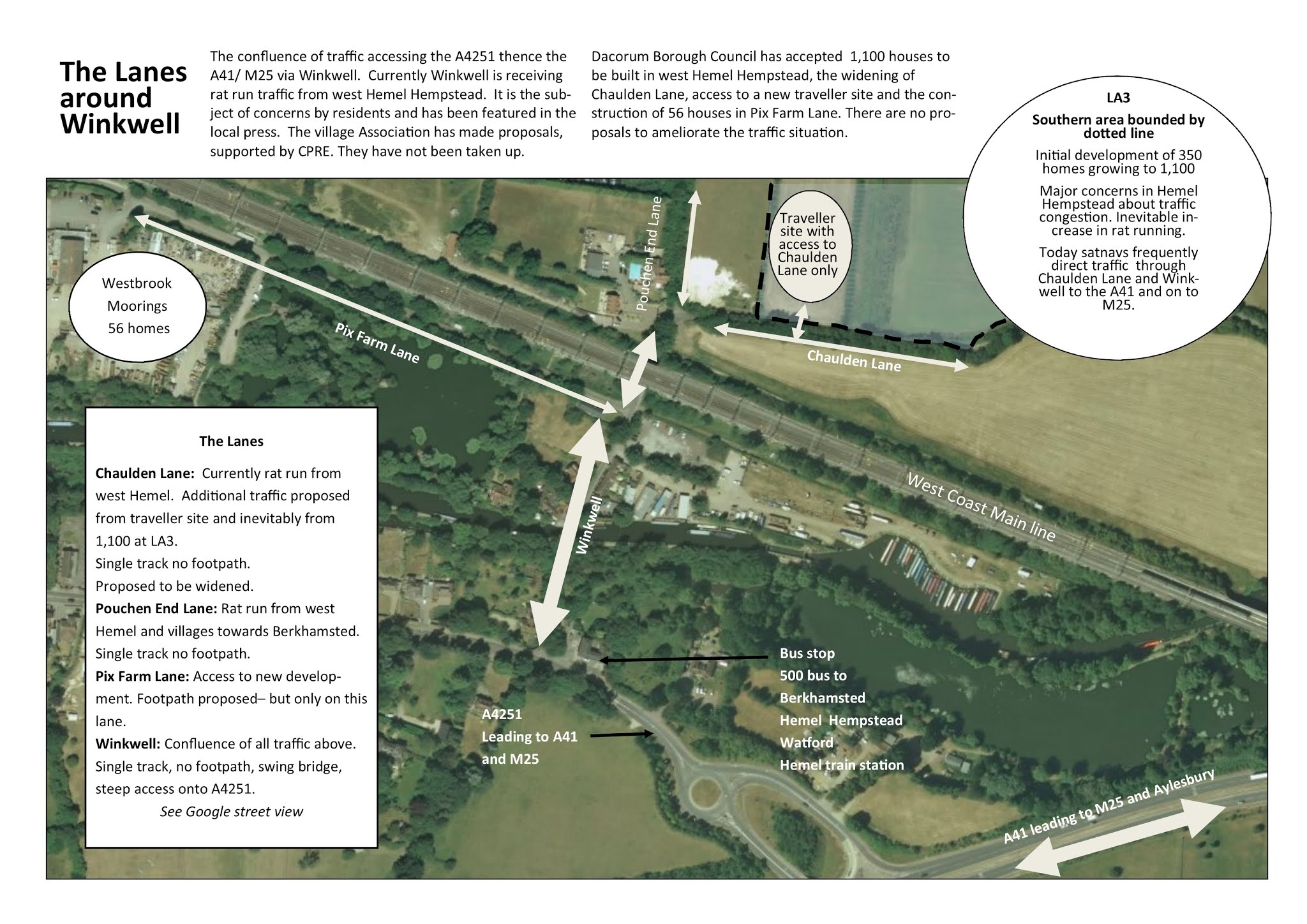 Well done all of you who signed the petition.


With some 180 signatures representing 80% of the households we’ve a pretty powerful case to present.  With the 56 houses in Pix Farm Lane being agreed, the need for action on the lanes is yet more pressing.

As well as the petition we have looked for support from a number of other areas:

CPRE (Campaign for the Protection of Rural England)
This organisation is a statutory consultee on planning matters. They have expressed strong support for our proposals and they feature strongly in their document on LA3.  They have placed our      document alongside their on the website. Their document on LA3 is well worth reading for its more general concerns.

The Chiltern Society
We have been in contact with Jenny Habib who is the planning officer for our area. She will soon  be hosting a meeting to discuss LA3 and said of the information we sent that it will ‘really help me and also the meeting’.

The Developers of LA3
We have impressed on them the considerable value of our proposals to their development.  Housing abutting Chaulden Lane and Pouchen End Lane would have a much more rural feel.  Both developers have replied to say that they will discuss the matter in their meeting with Herts County Council Highways and Dacorum Borough Council Planners.

Dacorum Environmental Forum
This group has suggested that the proposals could be beneficial to the use of the Chiltern Way and enhancing the Wildlife Corridor for Shrubhill Common Local Nature Reserve.

Our Local Councillors
As was said at the meeting, it was Richard Roberts who first put forward the idea of closing Chaulden Lane some years ago.  Our Dacorum Councillors have all three voiced their support.

Popular posts from this blog

Gordon Rolfe, BEVA’s Chairman, has received a briefing note from Hertfordshire County Council regarding the Afghan refugees staying at the Watermill.   The document is reproduced in full below. Please note that they want us to stay away for about a month in order to allow these refugees some breathing space for their health and adjustment from the trauma they have experienced. Briefing Note – Afghan Migration and Refugees Resettlement Hotels Status Update 2 September 2021 Current numbers in the resettlement hotels* Hotel Number in hotel Hertsmere 1 39 Hertsmere 2 146 Dacorum 1 153   *these numbers can change daily and therefore only provide a snapshot in time. They are also based, in part, on those that the British Red Cross have registered Latest housing offers from Districts & Boroughs District/Borough Housing offer (by family) Dacorum B
Read more

Support a local resident in his charity work ....

Those of you who read the Bourne Ender (presumably all of you) will know about Kevin Connaughton’s charity work with a Burmese children’s charity in Thailand.  Kevin will be returning in November for several months to teach music in a school.  He is looking for an old style mechanical metronome.  If you have one you could donate to him for this charity work he would be delighted. Contact Kevin on: 07971 984870 or  kevinconnaughton@live.co.uk
Read more